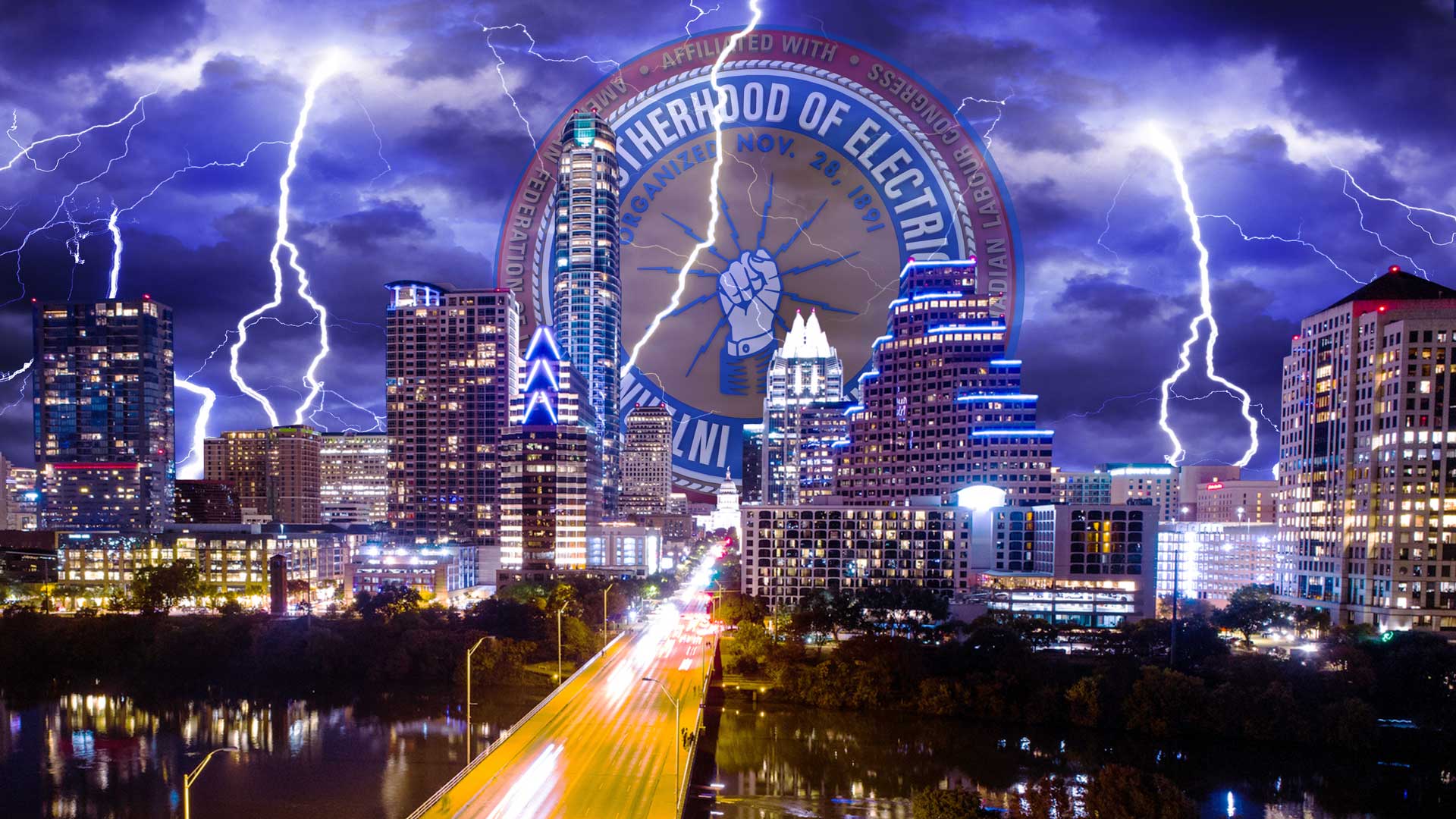 In late October, the San Angelo Chamber of Commerce named IBEW Local 520 as the 2020 winner of their Community Impact Diversity Award.

IBEW 520 won the award based on its consistent promotion of diversity and inclusion. With many of our Brothers and Sisters and some signatory contractors being members of minority communities, the award came as no surprise to Local 520’s San Angelo Organizer Diarmid Campbell.

“I am committed, as is our entire organization to ensure that all our members are represented fairly and equally,” said Campbell. “As an organization that is primarily focused on worker rights, I believe that the IBEW as a whole is based on the concept of diversity and inclusion.”

IBEW 520 gives back during pandemic

The recent opening of an IBEW Local 520 Union Hall in San Angelo was followed by a wave of community involvement amid the COVID-19 pandemic. The most notable community activity by Local 520 members included the distribution of bottles of hand sanitizer throughout the community.

Additionally, Local 520 has donated time and money to many are non-profit organizations, including the Boys and Girls Club, Sonrisas Trails, Open Arms, Concho Valley Foodbank and the Junior League.

Although Campbell has done a lot of work in the San Angelo community, he gave the credit for this award to all the members of Local 520.

“As the Organizer, I work hard to get the membership involved in community efforts,” Campbell said. “However, it is the members who get us engaged. Without them stepping up, not only to fill job calls, but to give back to the community by donating their time and even their money, we would not be where we are today.”

In the future, Local 520 will continue working with the ever-developing San Angelo community, Campbell said.

“The IBEW cares about every aspect of this community; Union, non-union, human and animal,” said Campbell. “The IBEW will continue to partner with the San Angelo community and will strive to make a positive difference for the overall population.”

The award was accepted by Campbell from city officials at a Nov. 10 luncheon. In addition to the award, The Chamber has plans for promotional advertising promoting the award and its recipient.