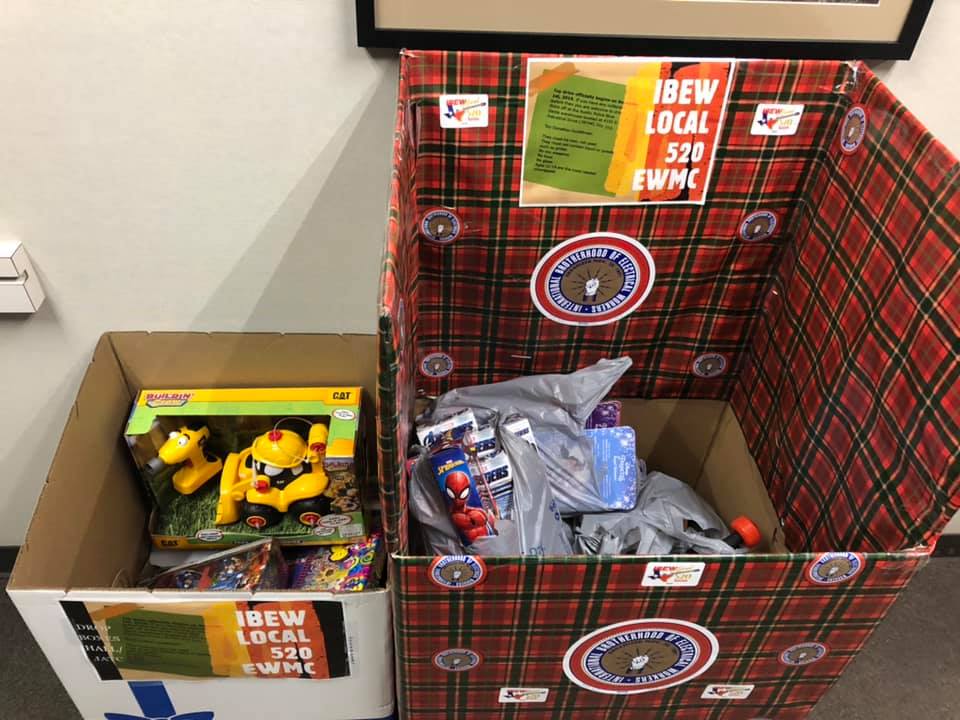 From October through December IBEW 520 helped make this past holiday season special for underprivlidged children in the local Austin community.

The IBEW Local 520 Minority Caucus organized a toy drive so that struggling families around Austin could have a joyous Christmas.

The IBEW Minority Caucus is a national sub-group of the IBEW and works to promote equality within the IBEW, foster minorities into IBEW leaders, organize minority workers, encourage minorities to be community activists and promote involvement in human, civil and women’s rights organizations.

36 electrical workers volunteered a total of 25-hours to Operation Blue Santa, a local organization that helps provide underprivileged families with Christmas presents and food during the holiday season.

Throughout October and November, the Local 520 Union Hall and the Austin electrical training ALLIANCE accepted unwrapped toys and gifts. Collection boxes were placed at high traffic points at the Union Hall and training center to make giving as easy as possible. The result was  an amazing outpouring of support from Local 520 members and their families.

Then on Dec. 14, 30 IBEW 520 members headed to the Operation Blue Santa Headquarters. At the headquarters, the members helped load more than 1,000 boxes of toys so that they could be distributed to families throughout the community.

Operation Blue Santa started in 1972 when members of the Austin Police Department noticed that some residents could not afford Christmas gifts or food for their children. What started as two police officers distributing gifts out of the back of their cars, has turned into a year-round operation that brings joy to more than 5,700 families.

Roughly 500 people, including members and their families, attended the IBEW Local 520 picnic on…

Now that early voting has begun in Texas, IBEW 520 wants to help educate our…