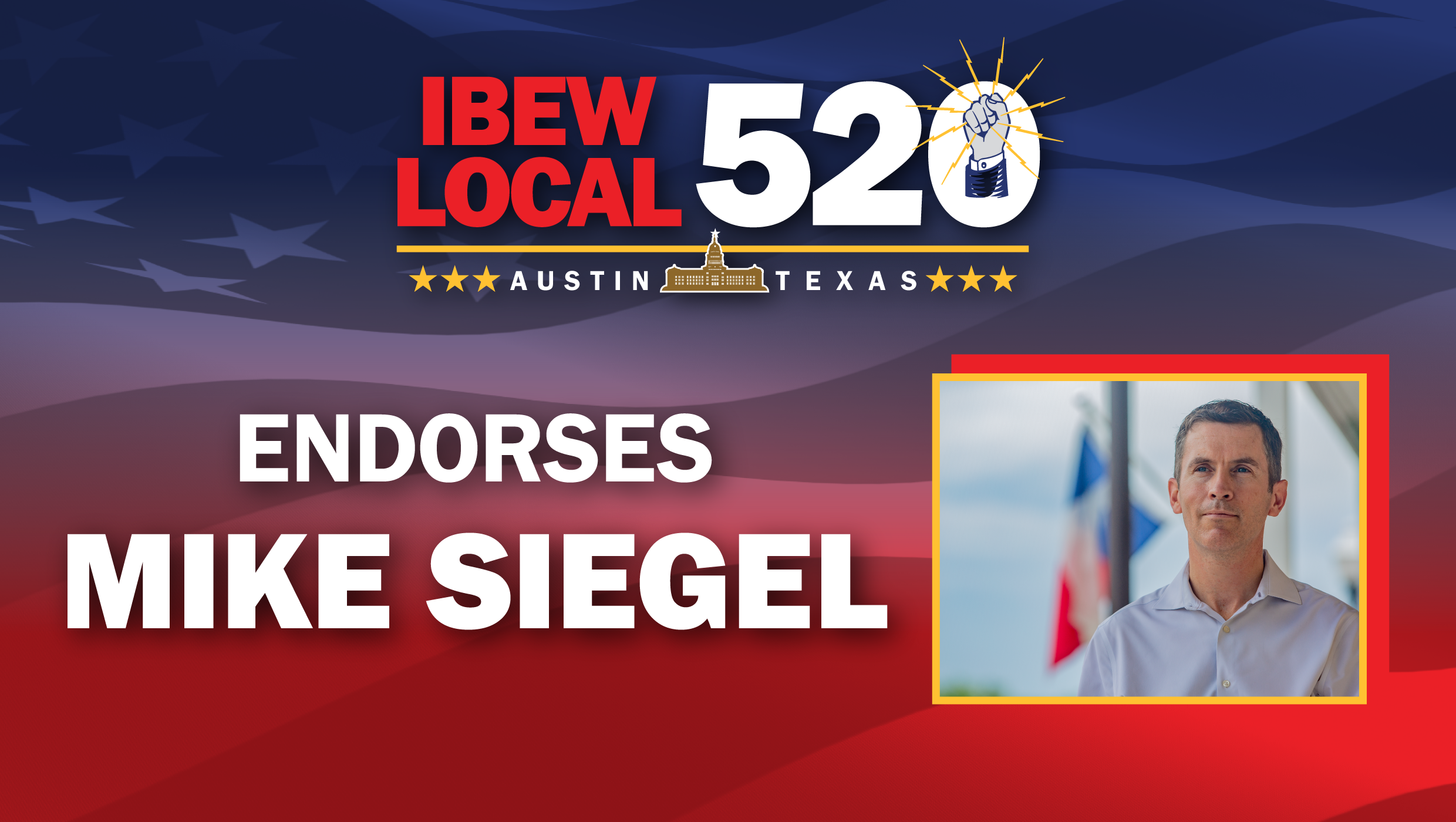 At IBEW Local 520, we stress the importance and value being an informed voter. That is why we work hard to educate our membership on the political candidates that support unions and strengthen our membership. IBEW 520 makes endorsements that follow many months of research.

IBEW Local 520 wants strong leaders that can move the economy forward and support labor unions at the same time.

Mike Siegel promises to fight to expand the union movement, and support the following:

Brothers and Sisters: It is our duty as members of the International Brotherhood of Electrical…