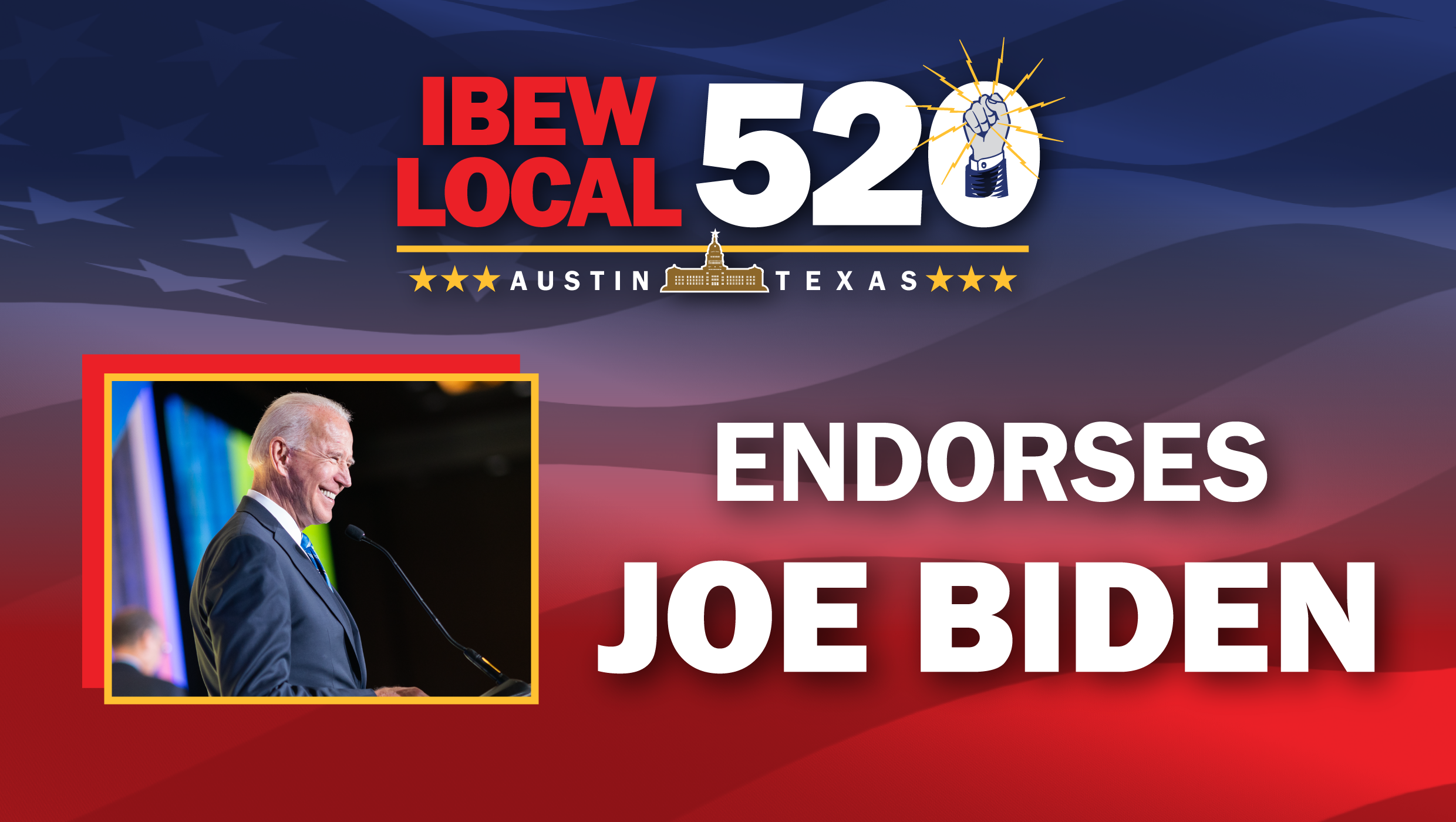 IBEW Local 520 seeks to educate and engage with political candidates who work to create growth and positive policy for organized labor. Local 520 believes it is their job to educate its members and identify the candidates seeking elected office that can improve their career opportunities and way of life by supporting unions.

This is why IBEW Local 520 has endorsed presidential candidate Joe Biden in the 2020 General Election.

Before Joe Biden left the Senate and became vice president, Biden had a 100 percent voting record on working family issues, and a lifetime voting rating – over 35 years – of 85 percent.

Joe Biden supports issues that give unions the attention we NEED, including:

The IBEW International endorsed Joe Biden in early February, much earlier in the primary process than it traditionally identifies the candidate the union will support.

“There’s an urgency this year we haven’t seen in a very long time,” IBEW International President Lonnie R. Stephenson said at the time of the announcement. “Irreversible decisions about the energy future are being made today. We must have a candidate for president who supports IBEW jobs and IBEW values.”

Click here to check your voters registration and polling location.

Roughly 500 people, including members and their families, attended the IBEW Local 520 picnic on…