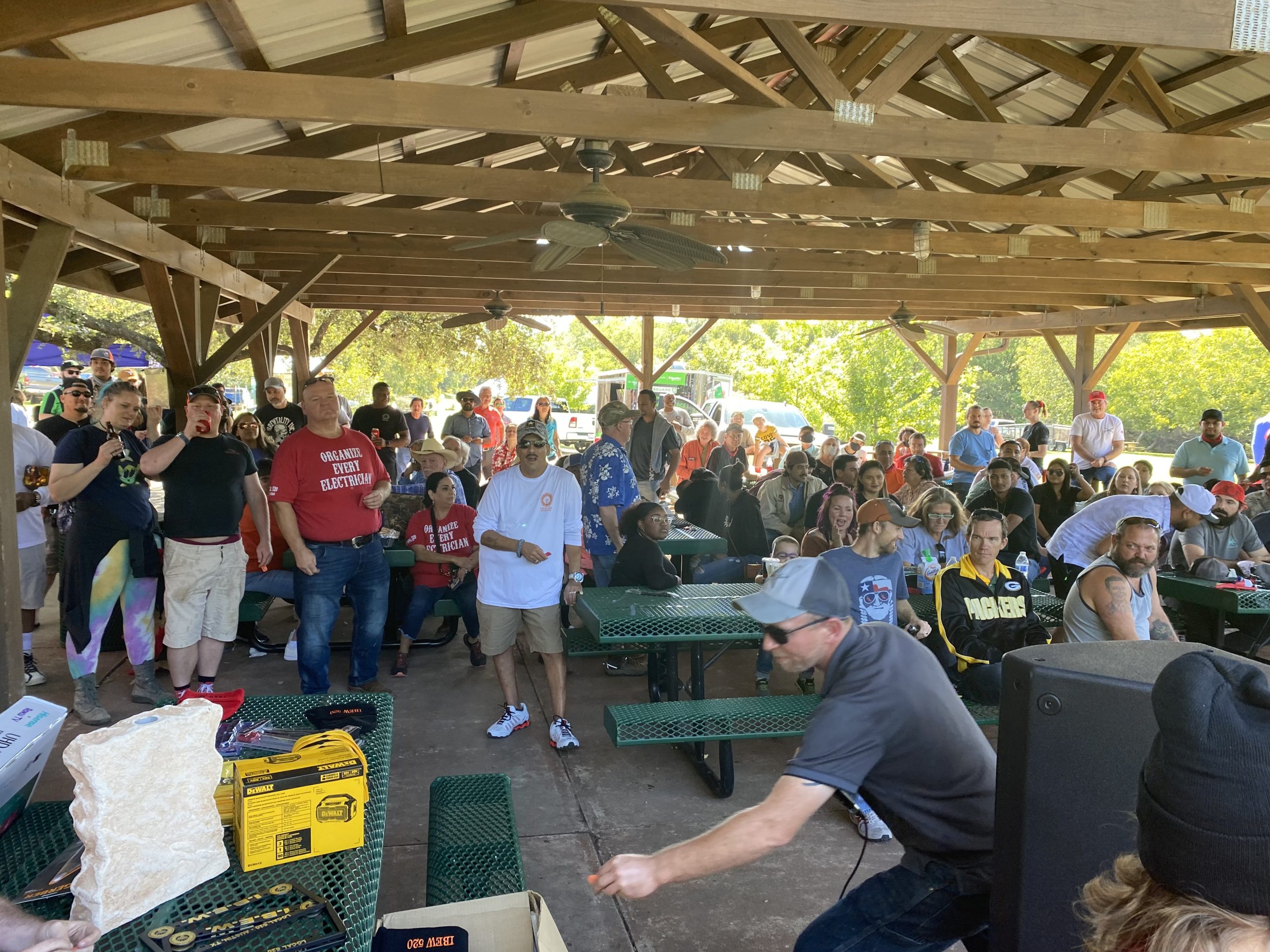 Roughly 500 people, including members and their families, attended the IBEW Local 520 picnic on Oct. 16. The annual event featured plenty of great food — 45 briskets, 350 pounds of sausage, corn, beans and other fare.

Attendees were treated to a list of activities that included a dunk tank occupied throughout the day by Local 520 Business Manager/Financial Secretary Ben Brenneman and President Kasey Lansangan.

A mechanical bull and washer tournament were also part of the festivities for the day.

Local 520 members Lazlo Whitfield and Robert Rodriguez took home the top prize in the washer tournament, winning Home Depot gift cards. Their names will be engraved on the winners plaque, which is passed down each year. 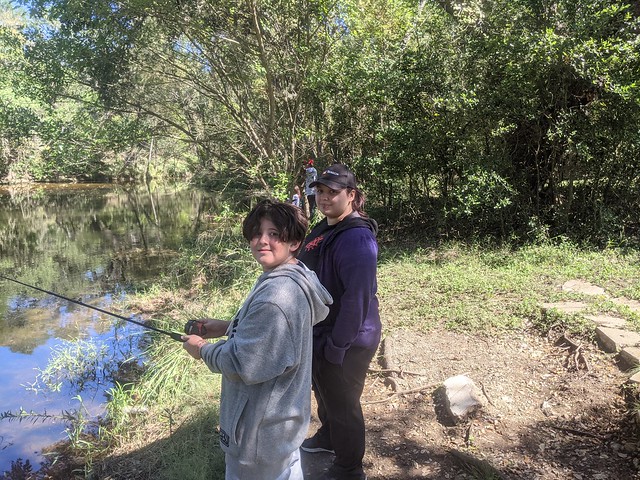 There were also plenty of activities for children at the picnic. Piñatas were set up throughout the day, as well as a fishing tournament held at a nearby pond. Trophies were awarded to first, second and third place winners, who also received fishing poles and tackle.

Roughly 25 kids participated in the catch and release fishing tournament, but Pendleton hopes to see it grow in years to come.

Local 520 looks forward to next year’s picnic and hopes more members are able to attend as the Local Union continues to grow.

Attention members: Get rewarded for recommending a licensed electrician to IBEW 520

Throughout the unprecedented times of the COVID-19 pandemic, IBEW Local 520 embraced a variety of…

For many men and women, becoming a member of IBEW Local 520 provides a quality…