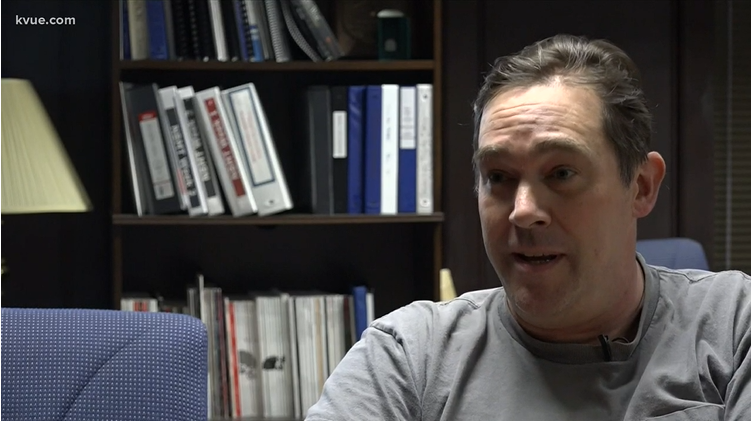 Local ABC affiliate, KVUE, selected Brenneman to be one of the subjects in their story about the need for a larger trades workforce. The interview featured Brenneman and a local plumbing contractor.

“We have pretty much unlimited opportunities here where you can make a good living,” he said. “You can raise a family without the college debt. It’s the best kept secret.”

In recent decades, most high school students have been pushed toward college and universities. Many times, students are told this is the only way to get a good paying job. As Brenneman pointed out, college often leaves young people strapped with tens of thousands of dollars in student loan debt.

Another contributing factor to the labor shortage is the large number of workers who will soon retire.

“In the next decade we’re going to lose a third of skilled electricians,” Brenneman said. “Then half over the next two decades.”

Despite the labor shortage, there is good news.

Local 520’s goal is to organize every electrician in central Texas. Brenneman reported the Local 520 membership has grown by 30 percent in the past six months.

Although prospective electricians are applying for the Local 520 apprenticeship program, Local 520 is in need of experienced licensed electricians, and is offering a $1,000 sign-on bonus for licensed journeymen.

“It takes five years on average for somebody to get those skills and the knowledge in the field,” said Brenneman. “So it’s not like you can bring in new workers overnight.”

You can listen to the entire news segment here.

During the Depression of 1893, the Pullman Rail Car Company slashed workers’ wages by 25…